Sir Reginald Speccs is a bit of a mystery. Claiming to be a time traveler serving out a sentence for committing crimes (“I nicked a few things I shouldn’t have”) Sir Speccs has an odd connection with Tesla Borgdova. He made his first appearance at the scene of the massacre of the Circus Stupendous coming out of a manhole and parading about staring at a strange map that seemed to unfold in multiple directions at once. After a brief chat with Tesla where he helped her remove a memory block supposedly placed on her before, he wandered off and disappeared once again. While seemingly of a good nature his odd behavior could just as easily write him off as crazy. 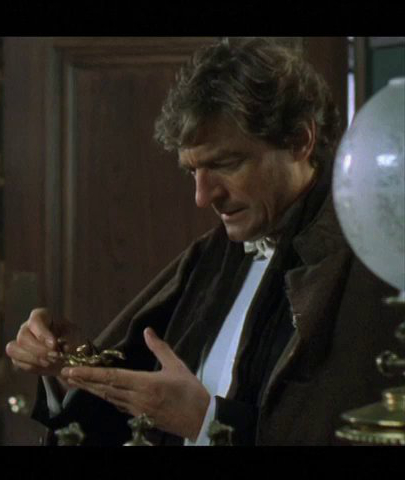